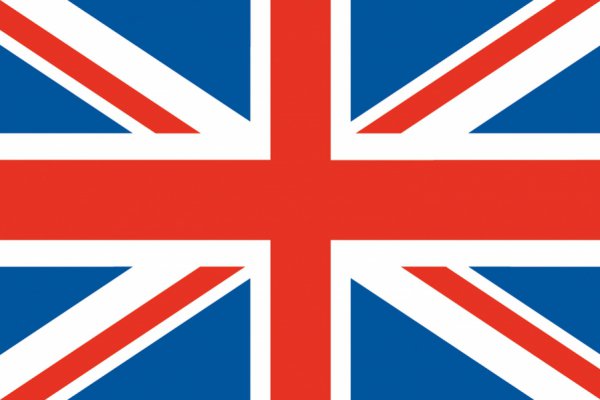 The sleepers have a length of 1500mm and are produced in an existing carrousel system. There are 4 moulds with a length of 12,5m, each with 42 pockets: 7 rows of 6 sleepers next to each other.  The forms for the sleepers have an opening for the Pandrol fastening and are spring-mounted to absorb the prestressing force after releasing.

Each crane rail sleeper is prestressed with 3 wires of 19T each. Each mould has two 200T hydraulic release cylinders.  The end forms consist of 2 parts, to be able to fit the wires. The forms are removed with a six-gang lifting and tilting frame. 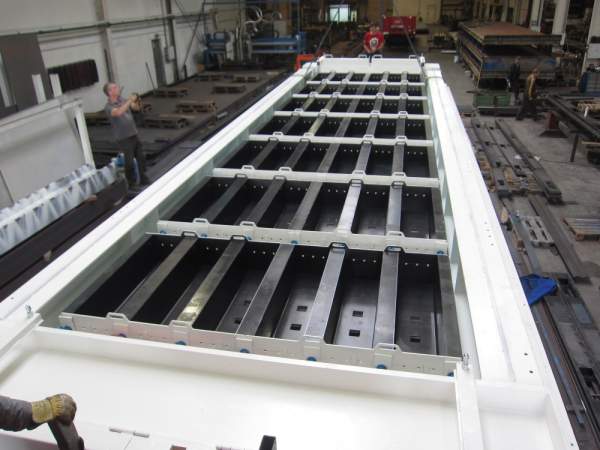 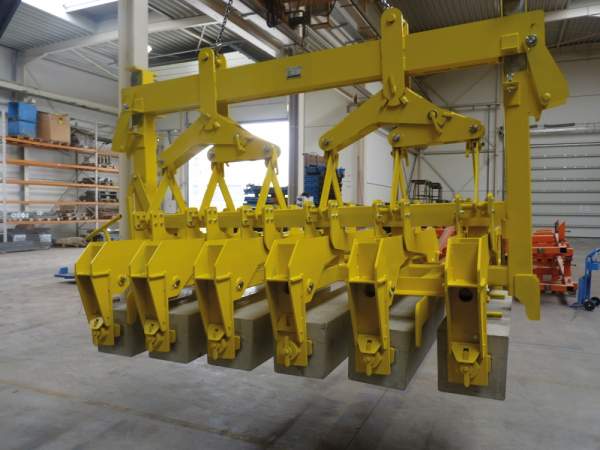 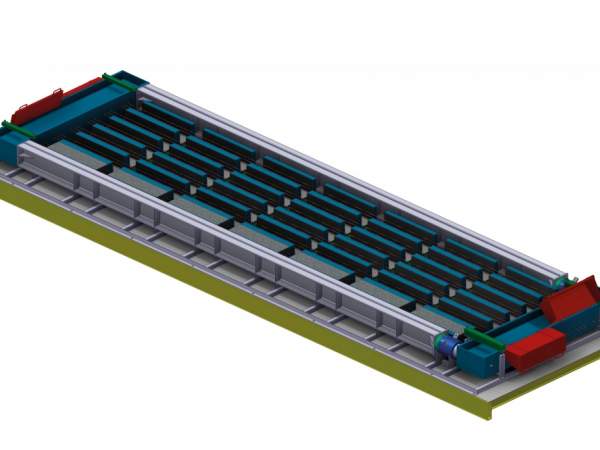 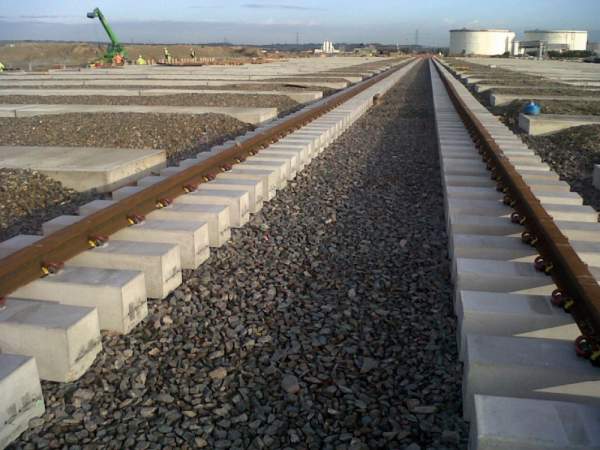