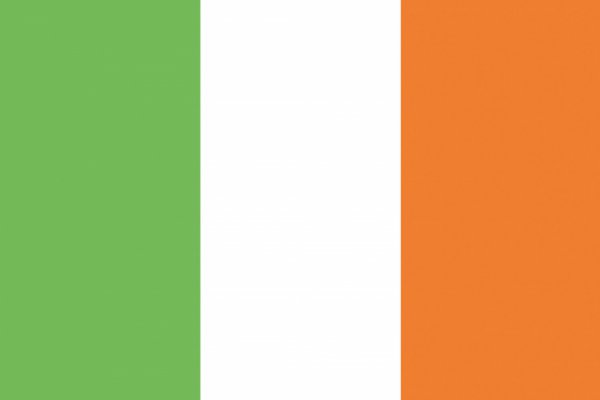 The 8m long and 4m wide mould has an 8mm thick, grinded and perfectly polished steel top plate in 1 single piece without joints. The plate can be bended on its 4000mm width in a concave or convex way by means of gearboxes and electrical motors. All these gearboxes and motors are operated from one single electrical cabinet in order to achieve a semi-automated adjustment of the curve.

The mould has been designed to be fully adjustable from flat up to a minimum radius of 3m, both concave and convex. The different shapes of the mould are accomplished by means of 5 electrically driven geared motors, located in between a series of 6 omega profiles which form the linear structure of the mould. Each motor drives a line of 4 parallel mounted screw jacks which work simultaneously because they are all connected with axles and flexible couplings. Each motor can be controlled individually or simultaneously: the 2 outside motors combined and the 2 middle motors combined. 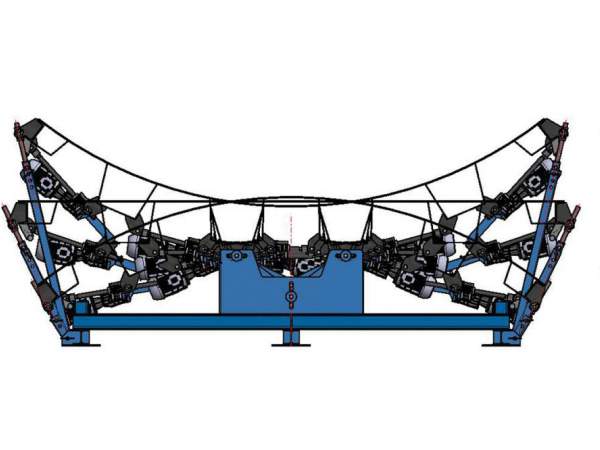 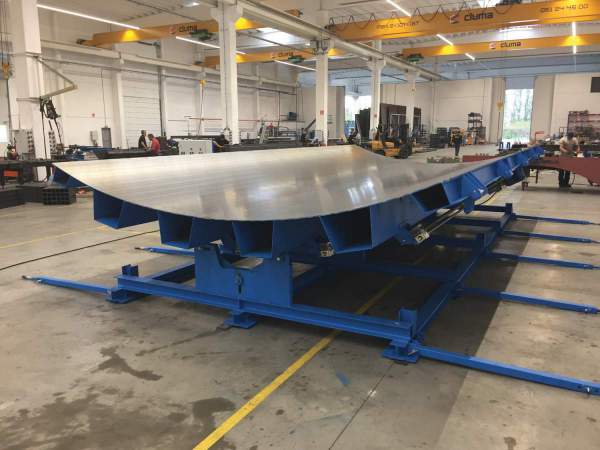 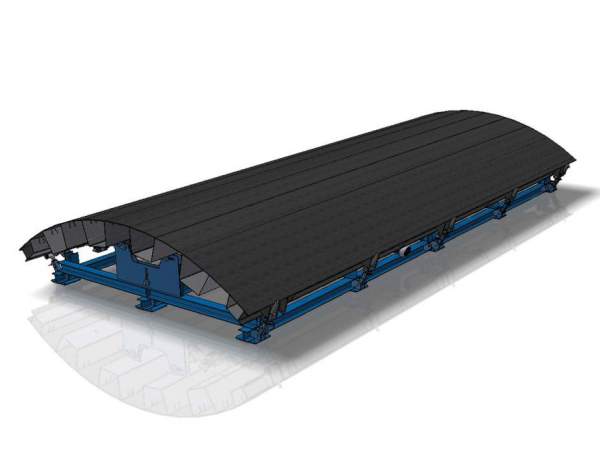 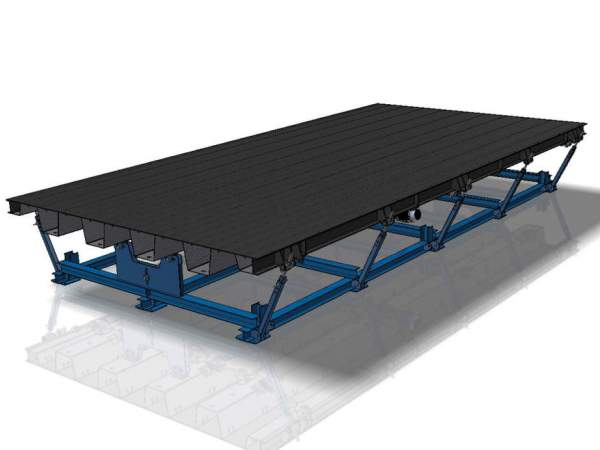 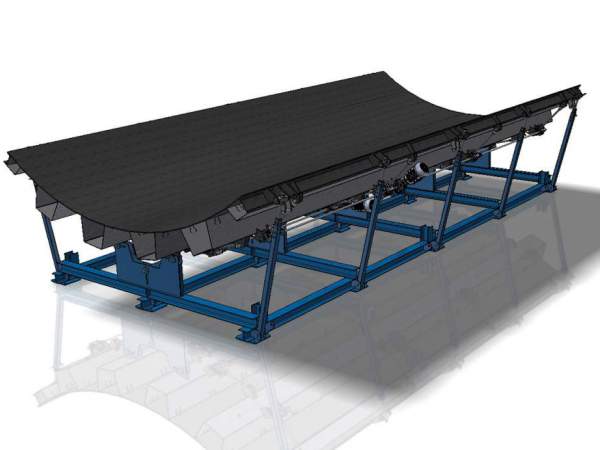